Back in the early 90’s I was listening to REM’s album, Automatic for the People. I loved just about every song especially, Night Swimming. It reminds me of sneaking into the pool near my college, Principia & skinny dipping alone.

More than a decade later I thought of the song while night swimming at Saddam’s Palace Pool in Iraq. I  had to fly over to Baghdad from Fallujah for a few days to talk with the State Department which was stationed inside one of the Palaces. They had an amazing pool out back that sat under a giant Banyan Tree. Helo flights were always at night because it was safer, so I arrived after midnight, I humped over to the Embassy in my stinky cammies, with protective gear & weapons. They gave me a room out back near the pool. Once in my room I put on  a swim suit under some workout clothes & walked over to the pool. By now it was nearly 2:00 am, most people were sound asleep & the pool had been closed for hour. First I sat & meditated a bit on the giant tree in front of me, then I made myself invisible & slid out of my workout clothes & into the pool. I was so quiet as I glided across the surface, floating, looking at the walls of this palace feeling a sort of in awe of this place, the history, etc. And here I was night swimming, a Captain in the United States Marine Corps practically naked in Iraq, swimming after hours. It was magical & I felt transported, baptized perhaps of all the trauma imparted  around me.

Fast forwarding a few years to our backyard garden pool here in Houston where we swim every night. Last night Finnegan had to have the light on, which is much to powerful for the small pool it lights up, so it was on & I took a bunch of pictures of him swimming. We call him Ponyo because he such a fish, so natural in the water. Perhaps it is all the floating I did when I was pregnant with him. 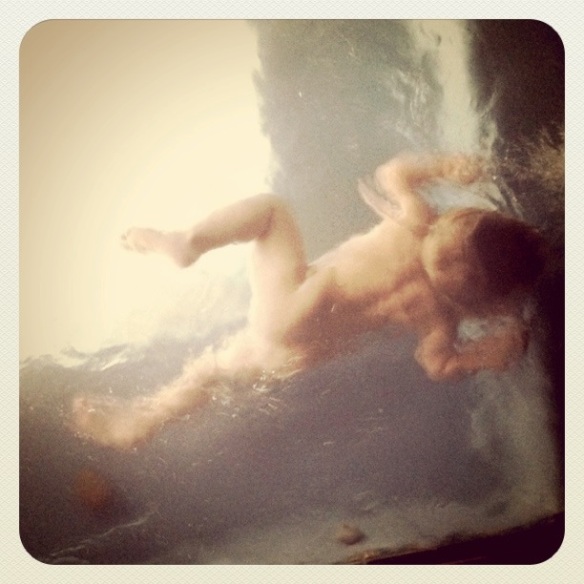 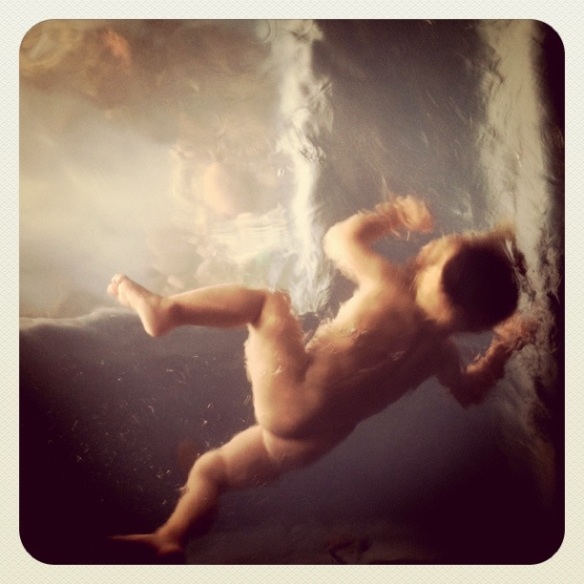 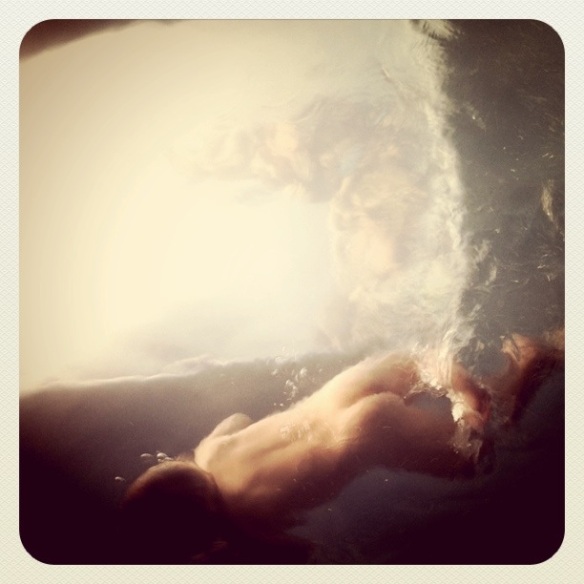